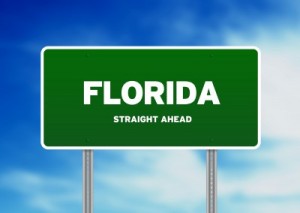 There’s reciprocity fever in Florida in the last month or so. The Florida Bar elected its new president of the bar, Ramon Abadin, who in his inaugural speech to the bar had the temerity to propose that attorneys from other states should be admitted into the Florida Bar without taking the Bar Exam through a process of Florida Bar Reciprocity. I found this to be an absolutely astounding proposal coming from the Florida Bar, where there are already too many lawyers and not enough jobs, and too many lawyers and not enough work.

This proposal was suddenly saying, “Let’s open the floodgates to several thousand lawyers from around the country who would like to come to Florida or open a practice or have a law license in Florida,” and it seems like a suicide pact for members of the Florida Bar. And, not to my surprise, but apparently to the surprise of the new Florida Bar president, many of the over 100,000 members of the Florida Bar said, “Hell, no, you’ve got to be kidding me,” and they were outraged that this had not been discussed or proposed or put out in public at all, but just dropped on them as a possibility. It was funny to actually watch the stampede of official statements from the Florida Bar backing away from the proposal once it had been floated.

For a Free Guide to Studying for the Florida Bar Exam, Click Here

Here’s where we stand today: it hasn’t happened, I don’t think it’s going to happen. In fact, I’d be stunned if it ever happens. I think that the blow back from this trial balloon, (if Mr Abadin was actually trying to float a trial balloon rather than have the shortest Bar Presidency on record), was so significant that I don’t think the (metaphorical) balloon got much above the second floor before it just got annihilated. While there’s some media support and there are some people, (obviously a lot of people who are not members of the Florida Bar) who think Florida Bar Reciprocity is a great idea, I actually have not talked to anybody within the Florida Bar that thinks this is viable or desirable. Actually, I don’t know anyone who’s saying, “I want more competition,” or “I think the future members of the bar should not have to go through what I went through.” I recognize that taking the Florida Bar is a miserable process, and I clearly have a vested interest as a Florida Bar Review provider. It’s a big part of our business to service that audience, but still, the exam does serve a purpose both in terms of assuring some degree of competency and minimal ability. Candidly, I’ve worked with a lot of attorneys who are so detailed in their knowledge of one area of the law but so wildly uninformed about what the law is, generally, these days that I would be uncomfortable should they relocate their practice and take whatever cases come through the door. Florida Bar Reciprocity could lead to some real malpractice disasters.  I’m not sure that even experienced out of state attorneys should necessarily be moving their practices and setting up and going to practice in new fields without taking the bar first.

What Should You Do Now?

We’ll see what happens with this, but if you’re a New York attorney and you’ve decided you’re just going to sit back and wait for this Florida Bar reciprocity thing to happen, I think you’re going to grow very cold and very old waiting for that moment. I would be really stunned if this happens anytime, much less in the next few years. It is definitely not on the horizon for anytime soon, so I’d put that suntan lotion away for now and pick up the books. If you’d like to know more about taking the Florida Bar Exam, start with this Free Guide “How to Study for the Bar Exam.” Just click on the button below to optin for your eBook.