Note from a CA Bar Taker

Virginia Marsh passed both her California “Baby Bar” and General Bar Exam with us, and I thought her note was so inspiring and insightful that I wanted to share it in full… 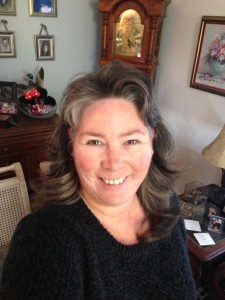 “There are a few things about the exam and your course that I’d like to share with you, so I hope you’ll bear with me.

I took your Baby Bar prep and passed that test on the first try, so at that time I decided to use your program whenever it was time to prepare for the Bar Exam – which I also passed on the first try, thanks to you. And I used that writing style on law school exams after the Baby Bar, with a lot of success.   The conflict pairs helped me to focus when I felt panicked, and it helped me to flesh out more material than I would have if I was using IRAC.   Sometimes on a school exam, I simply could not think of “issues” but by using conflict pairs I was able to imagine what the points of contention would be and I could present that, even if I was blank on the legal term of art.

To some, it sounds like mere semantics to talk about conflict pairs vs issue spotting, but I really see that there is a big difference. The key is in the shift in thinking, not a mere writing style, and this is what I think you offer that makes your program so useful and successful.   Your method allows people to demonstrate clearly and articulately that they can think like an attorney, not simply regurgitate like a law student.

It is clear to me that the Bar exam is testing lawyers, not law students, and again this is not mere semantics: There is a big difference. A law student “spots issues” – which is a valuable skill, but a threshold one. An attorney recognizes points of real-world conflict, but more than that, must also be able to consider and articulate both sides of a conflict, and must be able to identify which side is likely to win according to the law. This is way beyond “issue spotting.”   Your writing method seeks to draw these skills out of people who may not realize they possess them, and it helps them to present these skills to the Bar examiners.

A simple example will illustrate my point. At common law – way back when – burglary was breaking, etc. “at night” and it was a capital offense. So, a law student looking at a fact pattern of a man entering a home at 5:30am to steal, could say, “Hey! That’s burglary!” and rattle off the elements and gain some points. An attorney with that man sitting in his office is faced with a very different proposition. 5:30 am could be pitch black, or it could be right at dawn, so was it really “at night?” The client’s life depends on the answer.   The attorney is advocating, where the law student is simply repeating what they’ve learned, often fairly neutrally. The advocacy portion is part of what is tested on the Bar exam, and your method helps to draw that out and give a very accessible, organized and fast way to examine facts and write a coherent and articulate answer that demonstrates the needed skills.

So all of the above was the first point.

The second point is that it made a HUGE difference to me that you taught me about gaining points as compared to a pass/fail mentality. On some of the essay questions and during the performance tests, I was concerned by what I didn’t know, but I remembered you saying to focus on what you do know and gain points. That helped free my mind from the fear of failure. Thank you for that.

The third point is related to the second point. On the first day, my computer was increasingly giving me fits. I had Windows 8 (a NIGHTMARE!!!!) and McAfee (another NIGHTMARE) and I couldn’t figure out how to disable it. I later found out (from the Bar) that there was interference with the ExamSoft software. But during the test, there was nothing I could do on that first day. It was sluggish in the morning, but by the performance test in the afternoon, it was crippling. I would type a sentence and it would not appear on the screen. I could move the cursor, but the letters didn’t appear as I typed, and then would later pop up completely randomly elsewhere on the page, and not as a sequence. It was impossible to keep a train of thought, impossible to type quickly, and impossible to type a complete sentence and cut and paste it even to where I wanted it to be. I was too far in to be able to handwrite in the time left. I began to panic, but then thought about the gaining points advice, and I decided to just work with what I had. I also stopped and prayed. Not the panicked “HELP!!!!” but a slow, mindful, quiet prayer. I decided to try spell check to see how many “errors” were caused by the random letters showing up. It turned out that I could correct the text using spell check, which was tedious, but at least it worked, and I got through the performance test at about 150 words less than the suggested minimum. Evidently, something was gained there. Your help and advice were critical to me during that time. I kept hearing your voice in my head, “Just get points…” Thank you for that! (That night I asked the hotel concierge to help me uninstall all antivirus software, and things were better on Thursday, though not perfect. But an important take-away is that I developed a back-up plan for how I would deal with it on Thursday if the problem wasn’t fixed, so that helped me focus and not work based out of stress and anxiety.)

Fourth, on one of the essays on the first day, the facts dealt with a prosecutor’s misconduct (my word, not theirs), and what penalties she might face under Calif law. I had no idea. None. Again, I heard your voice to use conflict pairs and to come up with what would seem like a fair or just outcome and just go with that, so that’s what I did. I must have gained some points there, too.   I applied what you taught me, which is to not worry so much about legal terms of art, and just get the real-world principles down on paper.

Lastly, just a personal story. I was prepared emotionally and mentally to have failed and to be preparing to take it again. It wasn’t really a defeatist attitude; I just knew the struggles I’d faced, and I wanted to just be prepared. So on 5/16 when the results were coming out, I had a friend on speaker phone (her idea, not mine!) and my husband was in my office (his idea, not mine!). I really wanted to be alone in order to be braced and to get my game face on before having to tell people that I would try again. But they insisted. The website refreshed at 6pm, and I saw my name, and it said I appeared on the pass list! I’m not generally prone to big emotional outbursts – you have no way of knowing that about me, but trust me when I say I’m very good at controlling my emotions and not crying or yelling or whatever. I read the screen, and I screamed! Then I burst into tears, sobbing uncontrollably. My friend on speaker phone didn’t know whether it was good or bad, and my husband didn’t think to tell her, he just said, “She can’t talk, she’s crying.” It was awhile before I gained enough control to speak. That was a highly memorable moment.

I’m sorry it’s taken me so long to thank you for your role in that success, but I DO thank you. I’ve told anyone who’ll listen that I value your approach, and recommend it because it’s not just a gimmick, it’s a very effective approach. And I believed that before I knew that I passed. I would still have recommended your program, even if I hadn’t passed.”

For your Free Copy of our eBook with more information about the Bar Exam, click on the Book Image Below: 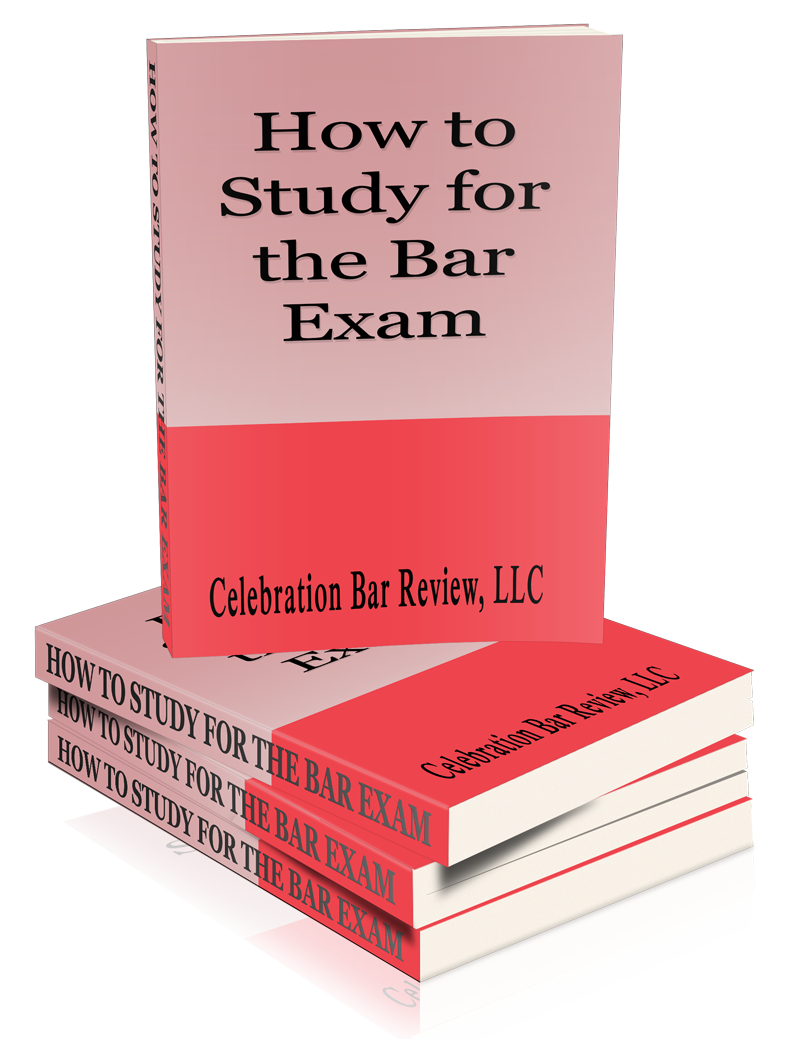