Why Are the NY Bar Exam Pass Rates Falling? 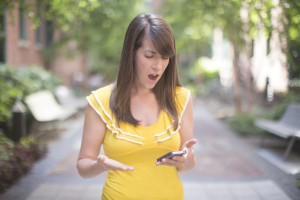 NY bar exam pass rates just came out and it’s probably nothing short of a train wreck for the vast majority of people. The overall pass rate was in the mid 60% but that’s really a misleading number because the repeat bar taker number was much, much lower and the really staggering number was the very low pass rates for foreign trained attorneys.

There’s a lot being written and said about why the pass rates are coming down. The National Conference of Bar Examiners are saying, “Well, we have a less qualified group of bar takers. The law schools were admitting those less qualified individuals …” but that’s not really so. Law schools responded that “We’re giving people an opportunity to law school who might not otherwise. There’s not really a correlation between the two.”

I think that the truth lies between those two statements. The for-profit law schools, the ones that are really sort of on the edge of academic legitimacy, are probably pushing it when they accept some of their students. I’ve worked with some of those students and I’ve worked with number of them who passed the bar exam in states like Florida, California and New York. It’s certainly possible for those students to pass too. I don’t find these students to be less intelligent or less dedicated or less motivated but I do find the quality of the legal education they get is often really low.

I find students from the lower tiered and unaccredited schools less developed writing skills, analytical skills, and their ability to really get a sense of what’s happening in a bar exam fact pattern may not be as well developed as someone who attended a better law school. They just simply haven’t had the exposure that a student in a higher ranked, more traditional law school might have had. Still, this is not wildly different than what we’ve seen, for example, in Georgia over the years, with the state-accredited schools like John Marshall and Atlanta Law a few years ago before they were fully ABA-accredited schools, or in California where we’ve got the state accredited and the correspondence law schools. We see students out of all of those schools who pass all the time. So I’m not entirely convinced that the problem really is that we’ve got a lower performing group of bar takers. Does it have some impact? Well, undoubtedly. But not enough to show these overall big drops in scores.
———–
Click Here to Receive Your FREE eBook: “How to Study for the Bar Exam”

The second possibility is that the test itself got harder. Now, that feels intuitively like it should be right but I don’t think it is. When we look across the board (and we teach Florida, Georgia, California, Texas, New York, New Jersey and the UBE so our sample size is pretty large), when we see all of those scores, we’re not seeing big drop off at all in our student scores. In other words, we are not really dealing with a whole of folks about whom I would say, “That exam is just too difficult and they can’t do it.” Specifically, the addition in 2015 of civil procedure on the multistate I think was actually in that positive and statistically it turned out that way for our students, at least in the jurisdictions that we are currently getting reports on. The reason for that result, in my view, is that federal civil procedure and federal jurisdiction are rule based. Because they’re rule based, I think, if I had my choice, I would rather have seven questions in civil procedure than seven questions in the property or Constitutional law. Anyway, as we look at what’s going on in the world of exam itself, is the exam tougher? Well, I don’t think it’s necessarily tougher and the feedback from my New York students after the July exam was not that the exam was tougher. Certainly, there were a few subjects that were a little more challenging and not as expected as usual, the big five or six essay topics didn’t all show up on the test so I think that in reality, the test was slightly harder. But again, it was not substantially harder.

Are the Graders Worse?

If it’s not the bar takers, if they’re not stupid or the test is not harder, what else could be happening? I think the third option is that the grading of the exam is becoming more difficult. Look, here’s the real problem with how the bar exam is graded. Essays are graded, for the most part not by bar examiners but by hired individuals who come in to read a certain number of essays on a particular question. They’re trained and they’re taught how to work through those essays and how to give them calibrated scores but the reality is that the people that are doing this work are across the country, not particularly well qualified or well paid. In fact, the average pay to be a bar exam grader, brace yourself, is $3.10 an essay.  I got more attention for my cup of coffee this morning than you got on your bar exam when it was being graded in most states.

The reality is that the people who are doing the grading are often people who do not have legal employment. They pass the bar, not necessarily even on their first try but they passed. They’re the ones grading it. I’m not saying they’re cheating or they’re doing something wrong at all. I’m just saying they don’t have much of an incentive to make your life wonderful and to give you a nice, high sweet score on the bar exam. It’s clear to everyone that there are too many people taking the bar and too many people wanting to get into the bar to be accommodated by the number of jobs that are available. The natural response to that from the bar examiners across the country, including New York has been to strengthen or make more stringent the standards for the exam itself. So, an essay answer that might have gotten a 50 scaled score in New York a few years ago now gets a 45 or a 48. Those incremental differences do in fact affect pass rates. The exam isn’t harder, the bar takers aren’t worse, but the grading is tougher than it used to be on the essays and on the performance tests. I can tell you that from 25 years of experience on the New York bar exam, I’m seeing people whose work in practice I would have given a 60 or 65, now, I’m seeing their results coming in and they’re getting 50’s or 55’s. The quality of their work didn’t change. The question didn’t get harder. It’s just that the quality of what the examiners are expecting has definitely been raised or ratcheted up. I think that’s a factor in the score as well.

Are the Bar Review Courses Competent?

The final factor that I think is happening and is kind of the elephant in the room that no one actually really wants to talks about has more to do with finance and economics of the bar review industry. For most of the time that I’ve been in the bar review business, there have been one or two very large companies. I call them ‘bigbox’ bar reviews. They’re the ones that prepare most of the students taking the exam. Now, when everything is going well for that group of people, when those bar takers are doing well, the bigbox courses are happy because they are the state pass rate and for many years that’s been a perfectly acceptable score. There’s really very little incentive for the bigbox guys to improve the quality of their teaching, to improve the quality of their materials, to improve anything that they’re doing because whether they do well or they do poorly, they still get the same market share and it doesn’t really change their profitability. Well, unfortunately, what’s happening now is that if you take those first three factors: a slightly less prepared group of bar students coming out for the exam, plus a number of foreign trained attorneys, you add a slightly more difficult test, you combine that with a slightly less engaged and forgiving bar grader, then suddenly the old line approach of we’re just going to stand and deliver a lot of information and push it out to passive bar taker students doesn’t really get very far.

The result of that is that those bigbox bar reviews are seeing their pass rates plummet. I mean, they’re just absolutely falling through the floor. Because they’re dropping so significantly, what we’re really recognizing right now is that the old  approach to teaching for the bar is not very effective. Now, at Celebration Bar Review, we’ve known that traditional bar review was pretty awful. But, few people were paying attention. We were just sort of whistling in the wind or out in the middle of forest by ourselves saying, “Hey, this doesn’t work,” but because there were so many people taking the other courses, they got the benefit of the pass rate no matter what it was. Now, with these other factors occurring, the traditional courses are seeing a much lower pass rate and we’re hearing from a lot of bar takers who are truly fed up and frustrated by the old ways of bar review. I think the reality is if you’re in the headquarters of a bigbox bar review, this is not a happy time for you (or your hedge-fund investors) because you’re really being forced to confront the fact that your course just doesn’t work very well overall and it doesn’t work well even for first time takers. It absolutely doesn’t work well for repeat bar takers. The traditional bigbox does not work well for foreign trained attorneys, or non-traditional students. It just doesn’t work well. The truth is coming out in part because of all these other factors.

Headed Over the Cliff?

I think the reality is that if you’ve been planning to take the traditional approach to studying for the bar, particularly if you’re a repeat bar taker, you’re going over the falls without a canoe. You got very little chance of surviving the plunge. If you’re a first time bar taker and you’re taking the bigbox course, you got a statistically marginal chance of success. That’s the best you’ve got – a marginal chance. I don’t think that is what your expectation about passing the bar in NY (or elsewhere) should be. Just because everybody’s doing it is no longer a compelling argument when most everybody’s failing. Failing shouldn’t be what you expect. Instead, I think you need to expect more from a bar review. I think you should expect a bar review that actually knows how to teach, that understands the pedagogy of learning, that understands the test as it’s changing and the standards for grading change with it. A competent bar review course can give you the advantages of effective studying, using technology and educational approaches that we now know work much more effectively than memorizing and reciting.

If you want a better than average chance of passing your bar exam I invite you to join me for a Free Live Master Class: “How to Make the NEXT Bar Exam Your LAST Bar Exam.” To reserve your seat, just click on the button below. Claim My FREE Webinar Seat
We’ll see on Thursday and show you how to pass your bar exam!

Jackson Mumey is the lead educator at Celebration Bar Review. He’s been teaching the NY Bar Exam for over 25 years and has helped thousands of students to pass their exams. You can reach him at jackson@celebrationbarreview.com